Here’s a possible solution to Connecticut’s transportation and infrastructure problems and the state’s current unemployment woes: A WPA-style building project.

You do remember the Works Progress Administration, right? It was FDR’s plan that put millions of unemployed Americans to work building public projects like roads, water mains, firehouses and dams. Look around you and you’ll still see us benefiting from that investment.

Any reader is all too familiar with the need for transportation investment in our state — our 7,000 miles of roads and bridges in “poor condition,” the $4.6 billion needed for wastewater treatment, not to mention our rusting railroads.

And everyone in Connecticut is aware of the unemployment crisis brought on by COVID. Over 8 percent of the state’s labor force is out of work, translating to 153,000 people without jobs, most of them now drawing benefits from our rapidly depleting Unemployment Trust Fund. Soon the state may be borrowing from Washington, D.C., to keep those unemployment checks coming.

Mind you, not every unemployed person in Connecticut is ready for manual labor. It’s not like laid-off bankers can just pick up a shovel and start digging. But those who are young, able and hungry enough could be candidates, or trained to be. 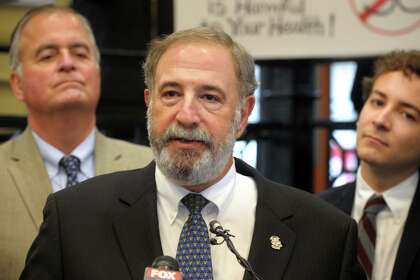 A few years back General Dynamics’ Electric Boat in Groton needed 4,000 welders to build submarines, so they turned to the local community colleges to help teach them for jobs starting at $16 an hour.

Could a new New Deal be a win-win solution for Connecticut?

They’ve pitched the idea to the governor’s office but so far haven’t got much of a response.

The labor unions should be big fans of their idea, as new projects would mean work for their members, maybe even at union wages. Best of all, Steinberg and Imber don’t think the idea would need legislative approval or state money. Instead they suggest a P3, a Public Private Partnership.

“There are hundreds of ‘social impact’ investor funds looking to support ideas like this,” Imber said. “There is no lack of capital.”

Investors put up the money for the projects while receiving a reasonable return over 20 or 30 years, and the project remains under state ownership and control.

But there’s the rub. Who pays the investors and with what money?

Why not the people who benefit from the projects that get built? Water systems could charge customers for more reliable water supplies, and the people who drive over new bridges and repaired roadways could also be charged a bit more. Which brings us to tolls. Yes, tolls.

“No realistic P3 model doesn’t involve tolls,” said Steinberg, long a supporter of user fees on roads and rails. “The legislature has been gun shy about discussing tolls. The real question is whether Lamont will be seeking another term as governor and is willing to invest the next two years fighting this battle (for tolls).”

Will Lamont risk his COVID-inspired high approval ratings to “do the right thing” by tackling unemployment and fix our infrastructure if it means a battle?