It’s been a while since Steve Montelongo found himself in a position to save a life, but he was in the right place at the right time Thursday morning.

He was driving home from taking granddaughter Monic Cordova to an appointment when she told him she spotted a car in the irrigation canal at Hatch and Crows Landing roads.

He immediately pulled into the nearest parking lot and started to get out when she said to him, “Where are you going?”

He jokingly replied, “I’m a hero, you know,” a reference to when Montelongo was awarded a medal from the Pittsburgh-based Carnegie Hero Fund Commission in 2003. Carnegie Medals recognize people “who risk their lives to an extraordinary degree while saving or attempting to save the lives of others.” (More on this later.)

Montelongo, 80, crossed the road to see what happened and what needed to be done. A crowd of at least 20 people had gathered where a car sat partially submerged in the canal, its driver still inside, he said.

“Nobody’s trying to get into the water to get the guy out,” Montelongo said by phone about 90 minutes after the incident, “so I walked into the canal — it was about 10 feet for me — and I managed to open the door. It was unlocked, thank God for that. And I pulled it open, but then the water rushed in faster.”

The driver, later identified by the California Highway Patrol as 62-year-old Jack Swarts of Modesto, still was behind the wheel. Swarts was trying to get out but couldn’t, so when Montelongo could reach him, he grabbed hold of the driver’s shirt. A woman in turn took Montelongo’s hand, and the men were able to get out of the water.

Montelongo said Swarts told him he’d blacked out. CHP Modesto office spokesman Officer Thomas Olsen said the preliminary investigation shows that about 10 a.m., Swarts was driving a 2016 Dodge sedan west on Hatch when he may have suffered a medical incident, causing him to crash into the canal about 100 feet west of Crows Landing Road.

Swarts was uninjured in the crash but was taken by ambulance to Doctors Medical Center for treatment of the apparent medical emergency, Olsen said.

Rescuer keeps calm and carries on

“I guess that’s where I was supposed to be,” Montelongo said of driving through the area moments after Swarts’ crash. He said he wasn’t hurt during his rescue of the driver. “I didn’t get too excited, you know what I’m saying?”

Montelongo seems to have kept the same cool he had when he performed the medal-worthy act of helping two people trapped in a burning home those many years ago.

According to account on the Carnegie commission’s website, it was Feb. 10, 2002, when Montelongo saved Kathirne Mattox, 80, and Wayne S. Maxwell in south Modesto. They were at home “when a major explosion of leaking natural gas occurred in the one-story house’s utility room, causing extensive damage to the structure and setting it aflame.”

Montelongo recalled Thursday that he was at a church meeting nearby when he saw smoke billowing up. It looked like it might have been his house burning, he said, but it was the neighbors’ across the street. He arrived at the home to see his son, Richard, trying to get the neighbors’ security door open, which a burned Mattox also had been unable to do.

Retired construction worker Montelongo, who then was 62, saw Mattox through the living-room window, kicked open the front door and entered the house, the Carnegie account says.

“He grasped Ms. Mattox and handed her outside to others, then turned and crossed the burning living room in search of Maxwell,” it reads. “Passing through the badly damaged and burning utility room, Montelongo found Maxwell in the kitchen. Advancing flames blocked a course to the front door, and structural damage precluded escape through the back door.”

Maxwell was standing at the stove, Montelongo recalled, and it looked like the roof could collapse at any moment. “Seeing another door to the outside, in a wall of the adjoining family room, Montelongo led Maxwell there, after first giving up his own shoes for Maxwell to wear,” reads the Carnegie write-up. “Montelongo kicked open that door and exited the house with Maxwell.

“Maxwell was hospitalized overnight for treatment of smoke inhalation, and Ms. Mattox required two days’ hospitalization for treatment of burns. Montelongo suffered chest pains and was taken to the hospital for observation; he recovered.”

He not only recovered, but still is going strong, if Thursday’s actions are any indication.

“My hero is first God, then this man here,” Montelongo’s grandson Jose Sabala, president of the South Modesto Partnerships, said in a text message to The Bee. “He has done it again.”

Deke has been an editor and reporter with The Modesto Bee since 1995. He currently does breaking-news, education and human-interest reporting. A Beyer High grad, he studied geology and journalism at UC Davis and CSU Sacramento.

Police in Aurora, Colorado, release video of woman restrained with her head on floor of police car crying for help 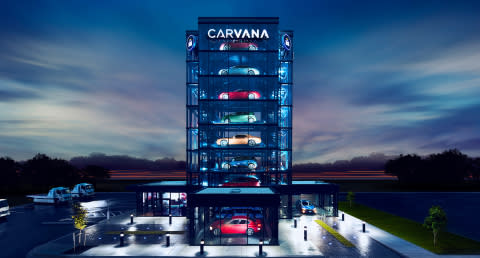