For years, experts and politicians have called for major changes in the transportation sector. While much of the motivation to foster public transport systems largely stemmed from a desire to curb climate change, the war in Ukraine has provided another reason: Using trains, trams and buses, rather than cars, Europeans would reduce their fuel consumption and thus the continent’s dependence on Russian energy imports.

Germany’s lower house of parliament, the Bundestag, introduced a heavily discounted monthly transportation pass, letting people in Germany ride regional public transport for €9(about $9.65) per month in June, July and August. Lawmakers said they hope the pass will save people some money and encourage them to use public transport rather than drive cars.

Other European states, meanwhile, have already launched, or are planning to launch, similar measures to promote their public transport systems.

Luxembourgprides itself in being the first country in the world to offer nationwide free public transport. Since March 1, no one needs to buy a ticket to use the country’s public transport network. That applies to international commuters and foreign tourists as well, which comes as no surprise since some 45% of workers commute to Luxembourg from neighboring countries.

Making public transport free for all is a big step for society, Transport Minister Francois Bausch said, adding that “the government wants Luxembourg to become a laboratory for mobility.”

It is hoped fewer people in Luxembourg will travel by car

With a population that’s grown by 40% in the past two decades, getting around in the small European nation, increases in public transit use would help avoid traffic on the Grand Duchy’s roads.

So far, no reliable passenger figures have been made available by Luxembourg’s Transport Ministry. In any case, coronavirus-related lockdowns, introduced shortly after public transport was made free, will have likely suppressed passenger numbers. The country’s various public buses, trains and trams are taxpayer-funded.

Malta wants to make public transport free for all as of October 1. This would make it Europe’s second country to scrap transport fees for citizens and visitors alike.

Malta’s government announced the step back in October 2021. One aim of the initiative is to disincentivize residents from using cars, Times of Malta journalist Bertrand Borg tells DW. 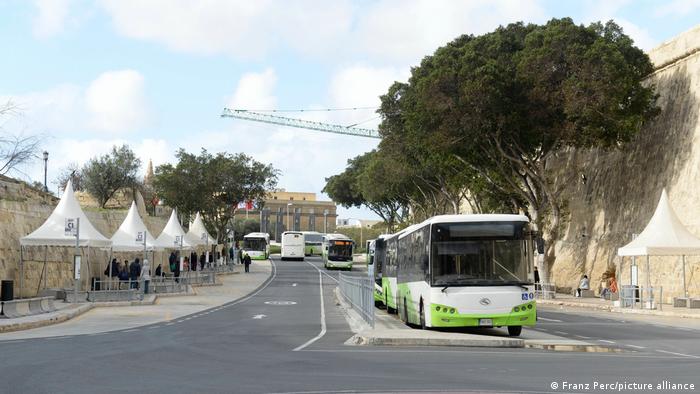 The program is also taxpayer-funded. No exact figures regarding expected costs have yet been published. Residents need to apply for a special ticket that entitles them to ride on buses and trains for free. Tourists may also register for the ticket.

While entire countries like Luxembourg and Malta have or plan to make public transport free of charge, some towns and municipalities have also taken the leap. One of them is the Belgian city of Hasselt. It is well known among transport experts worldwide for its 1997 decision to make all buses and trains free to use. 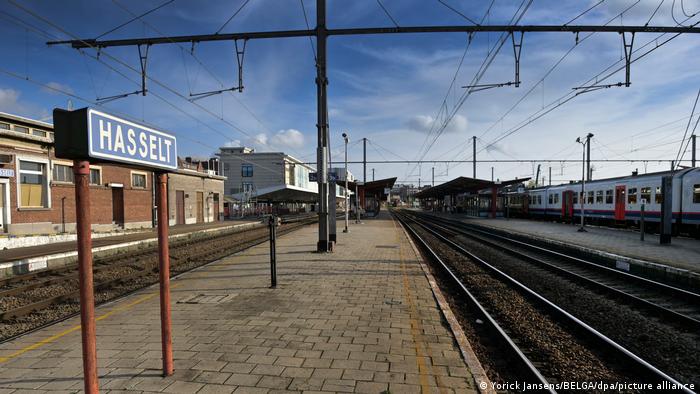 Riding trains and busses is no longer free in Hasselt

City officials, however, reversed the decision in 2013, citing mounting costs. The people of Hasselt now have to buy public transport tickets again.

Since 2013, all registered residents of the Estonian capital, Tallinn, may ride buses and trains in the city free of charge. The municipality went ahead with the move in part because ordinary people struggled to pay for travel passes when the financial crisis hit. Considerable tax money has, however, been needed to prop up the scheme. 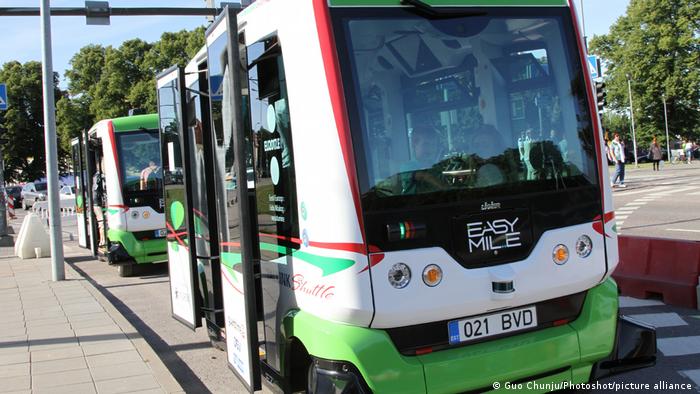 So far, the system has functioned without any major problems. Still, public transport remains a controversial topic in the country, says Estonian journalist Evelyn Kaldoja. “People complain there are too few connections.” This, she says, means few chose it for their commute to work.

Despite the scheme, the number of cars on Tallinn’s streets has not declined, says the journalist. “Although public transport is free, people who used to drive a car still do.” She thinks any drop in traffic may have resulted from a rise in gas prices.

Many parts of Estonia have followed suit and also made public transport free.

In the French city of Dunkirk, steps to provide free buses and trains did lead to less traffic. Since 2018, residents can travel on public transport for free. 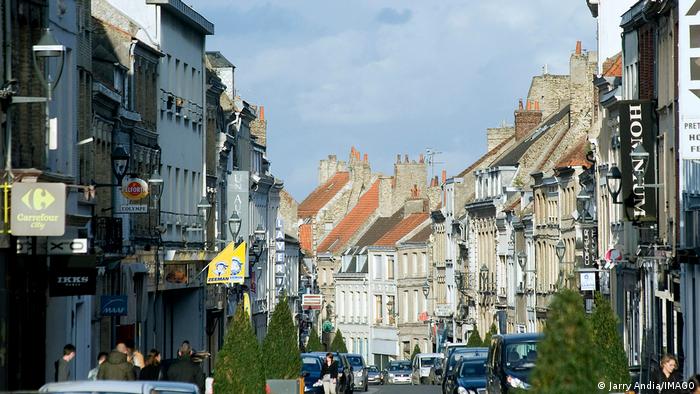 A study conducted a few months after the switch found that it had discouraged locals to drive their cars. Although two-thirds of respondents said they had depended on cars, over half said they were now regularly riding buses to get around. About 5% even said the availability of free buses helped convince them to sell their car or not buy a second vehicle.

Lina Holm-Jacobsen, a spokesperson for Visit Denmark, told DW the scheme was devised by the Danish government to bolster the tourist industry after the coronavirus lockdown.

In the summer of 2020 and 2021, catching a ferry to these islands was free for travelers without cars. Ticket costs were also significantly dropped during the summer season.

The ferries, however, are not free of charge in 2022, but visitors still benefit from discounted public transport tickets.

This article was originally written in German.