General Motors GM recently reported 12% year-on-year growth in the third quarter for vehicle sales in China. The company, along with its joint ventures, delivered 771,400 vehicles in China during the quarter. General Motors is the second biggest foreign automaker in China by units after Germany’s Volkswagen AG VWAGY.

General Motors had witnessed a 5% sales decline in China during the second quarter as certain parts of the country were still recovering from the coronavirus pandemic-induced lockdown restrictions.

However, things gradually started to pick up in the July-September quarter. Auto sales are showing signs of recovery as demand for new vehicles has been rising following the gradual reopening of the economy. This has aided General Motors to gain momentum and boost its sales in China, thus marking the automaker’s first quarterly sales growth in two years in the country.

The mass-market brand Buick deliveries witnessed 26% growth in the third quarter from the prior-year level to over 250,000 units.

The luxury brand Cadillac deliveries topped 65,000 units in the quarter under discussion, marking a year-on-year increase of 28%. Its SUV portfolio, comprising XT4, XT5 and XT6, registered stable growth, with collective sales of more than 40,000 units.

The no-frills brand Wuling sales jumped 26% year over year to more than 270,000 units, as the brand maintained its dominant position in commercial vehicles.

However, Chevrolet recorded sale of more than 77,000 vehicles in the third quarter, reflecting a 20% year-over-year decline. Nonetheless, it had continued to enhance its product portfolio by launching a refreshed version of Equinox SUV and adding a five-seat variant to the Blazer SUV. Also, Baojun sold more than 100,000 units in the July-September period, down 19% year on year.

Apart from this, the auto giant plans that more than 40% of its launches in China in the upcoming five years will be NEVs, in sync with the company’s goal to build a zero-emission future.

Shares of General Motors have declined 12% on a year-to-date basis, underperforming the industry’s 140.8% rally. 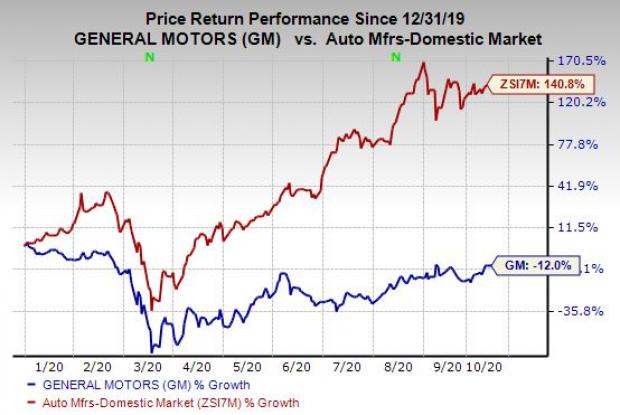 Looking for Stocks with Skyrocketing Upside?

Zacks has just released a Special Report on the booming investment opportunities of legal marijuana.

Ignited by referendums and legislation, this industry is expected to blast from an already robust $17.7 billion in 2019 to a staggering $73.6 billion by 2027. Early investors stand to make a killing, but you have to be ready to act and know just where to look. 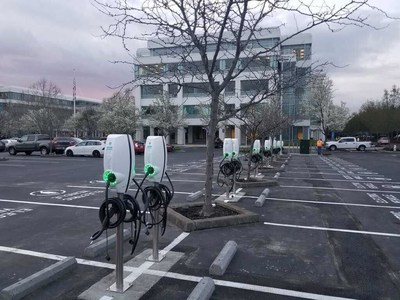