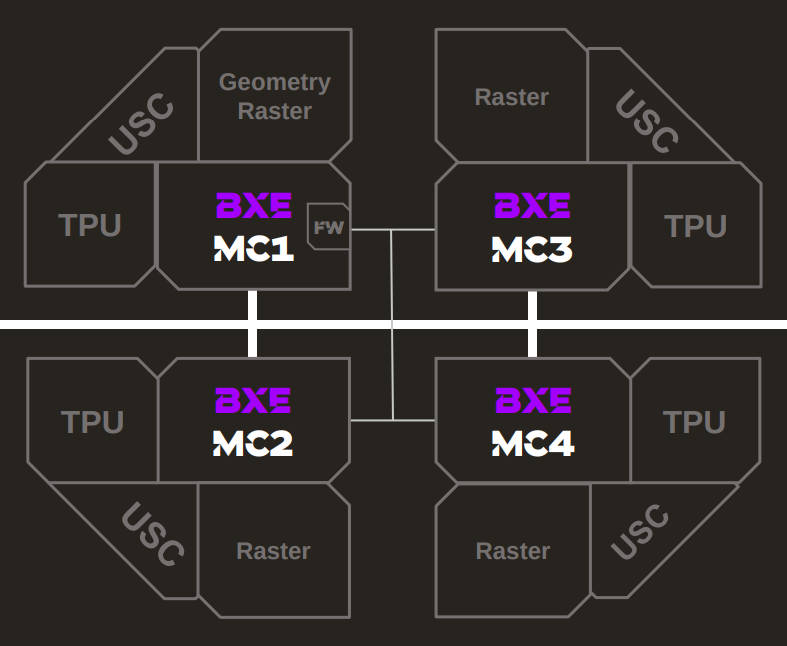 In the B-Series multi-core implementation, individual cores are essentially self-contained cores that can operate independently, but are designed also to work together on the same image if needed, according to Girdler. He added that the architecture allows a quad core to get almost 4x single core performance. “That is why we focused on a maximum of four cores.”

Cores can always work together, but a core has to have a ‘firmware processor’ (See ‘FW’ in diagrams) to run independently.

Imagination’s existing ‘IMGIC’ on-chip data compression hardware has overhauled for Series-B. It is implemented to compress data leaving the GPU and then decompress it when it arrives at the display controller – reducing internal system traffic and therefore power dissipation.

“It is significantly smaller – an order of magnitude – so it can be put on smaller chips – even the simplest core,” said Girdler. “The choice used to be lossless or 50% compression. We have added 75% compression for noisy images that would lose too much with 50%, and 25% compression to use if the system suddenly looses bandwidth, for example if something else is starting up for a few frames.” Compression rates can be shifted dynamically or fixed.

There are four branches to the series:

The BXS automotive cores includes what Girdler describes as a tool box of safety mechanisms that customers can pick from to meet industry-standard coverage standards, including the company’s ’tile regional protection’ (TRP, Imagination processed images as a series of square tiles) that gives displayed tiles tagged as safety-related higher processing priority that non-critical tiles when an image is displayed.

Million polygon meshes can be handled in some BXS cores, and multi-sample anti-aliasing can be used to smoothing edges for better images. Additional tolerance has been built in against varying memory access latency, said Girdler, for situations where the GPU looses priority over safety-related activities. Every BXS core gets ISO26262-compatible eight-way hardware virtualisation, he added.

At the same time as announcing Series-B GPUs, Imagination said that it has high-end ray-tracing hardware in development, scheduled to appear its otherwise un-announced C-Series products.

“Level two ray tracing is found in consoles and mobiles,” said Girdler, “level three is seen in desktops. Customers want level four, but there is nothing for them in the industry today. Level four ray tracing will be in Series C GPUs. 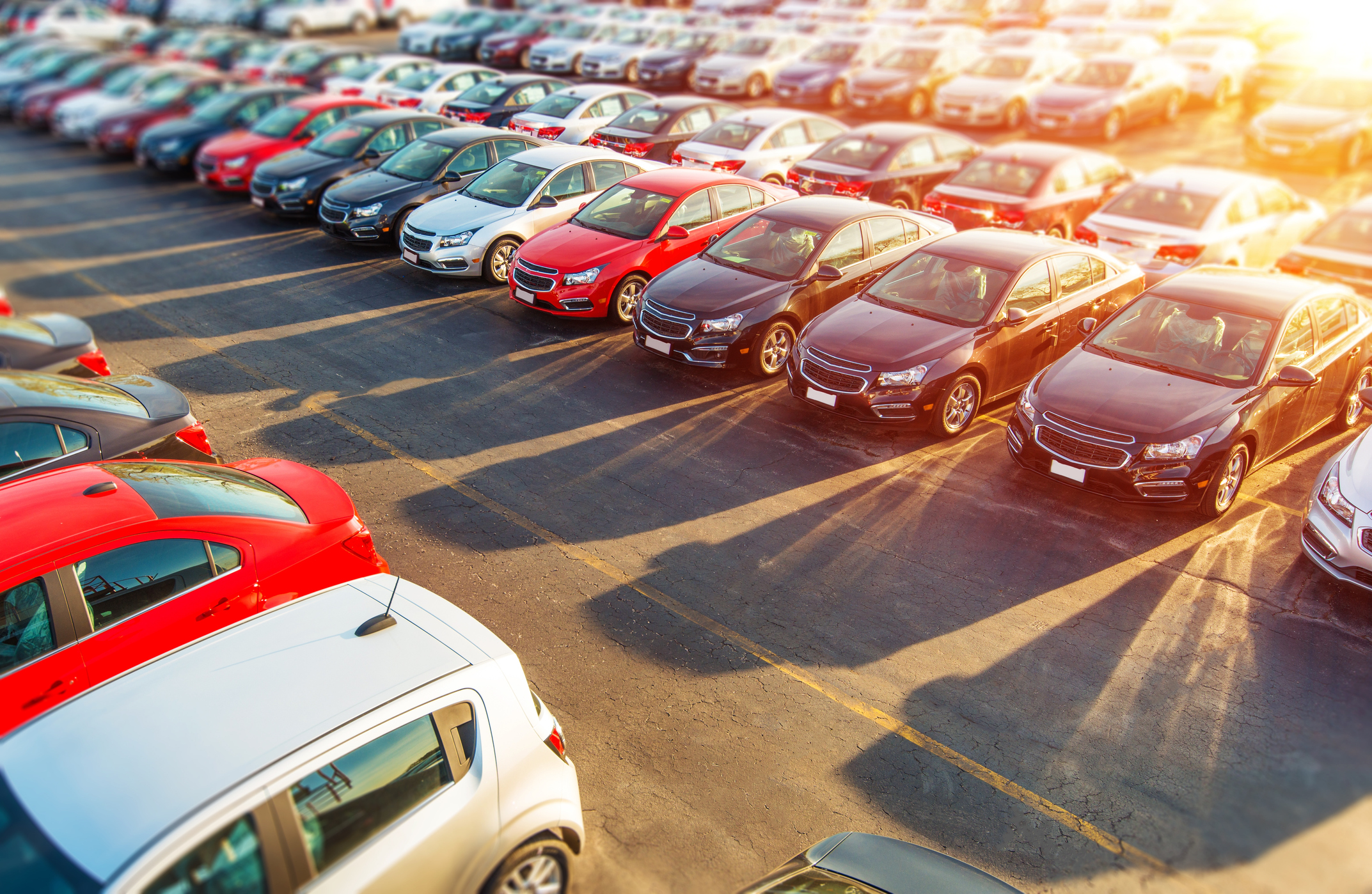 4 Safety Rules to Enforce for Your Teen Driver