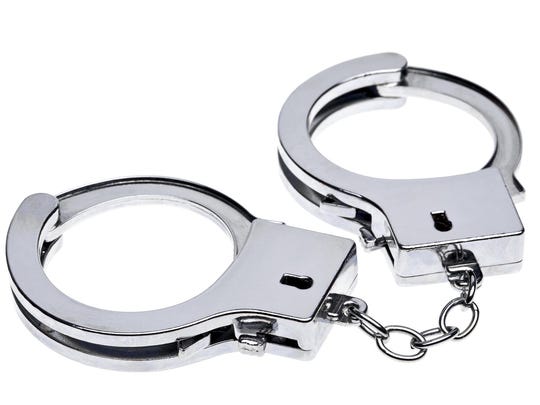 A woman accused of driving a stolen car was in the Hamilton County Justice Center this afternoon after a nearly 7-mile police chase that started in Crosby Township Friday night. (Photo: File)

A woman accused of driving a stolen car was in the Hamilton County Justice Center this afternoon after a nearly 7-mile police chase that started in Crosby Township Friday night.

Hamilton County sheriff deputies arrested Natasha Taylor, 22, of Lexington, after the tires of the 2011 Infiniti G25X she was driving were punctured by stop sticks deployed by Harrison police officers near New Haven Road and Radcliffe Drive, according to a press release from the county sheriff’s office.

The sheriff’s office said deputies were dispatched to the 10800 block of Hamilton Cleves Road about 10:15 p.m. on a report of a suspicious vehicle. The call was changed to a burglary-in-progress shortly after.

A deputy saw a vehicle matching the description of the suspicious vehicle leaving the area of the reported attempted burglary, the sheriff’s office said, and tried unsuccessfully to stop it with lights and a siren.

“The operator of the 2011 Infiniti G25X refused to comply with the deputy’s signals to stop and continued southbound on Hamilton Cleves Road,” the sheriff’s office said.

“The pursuit changed direction, turning onto westbound New Haven Road” before the car drove over the stop sticks.

The sheriff’s office said an investigation showed that the 2011 Infiniti G25X Taylor was driving was allegedly stolen out of Frankfort, Kentucky, on Sept. 24.

Taylor was charged with receiving stolen property and failing to comply with the order or signal of a police officer, the sheriff’s office said.

[ Sign up to get the top 5 stories from Cincinnati.com in your inbox each day. ]