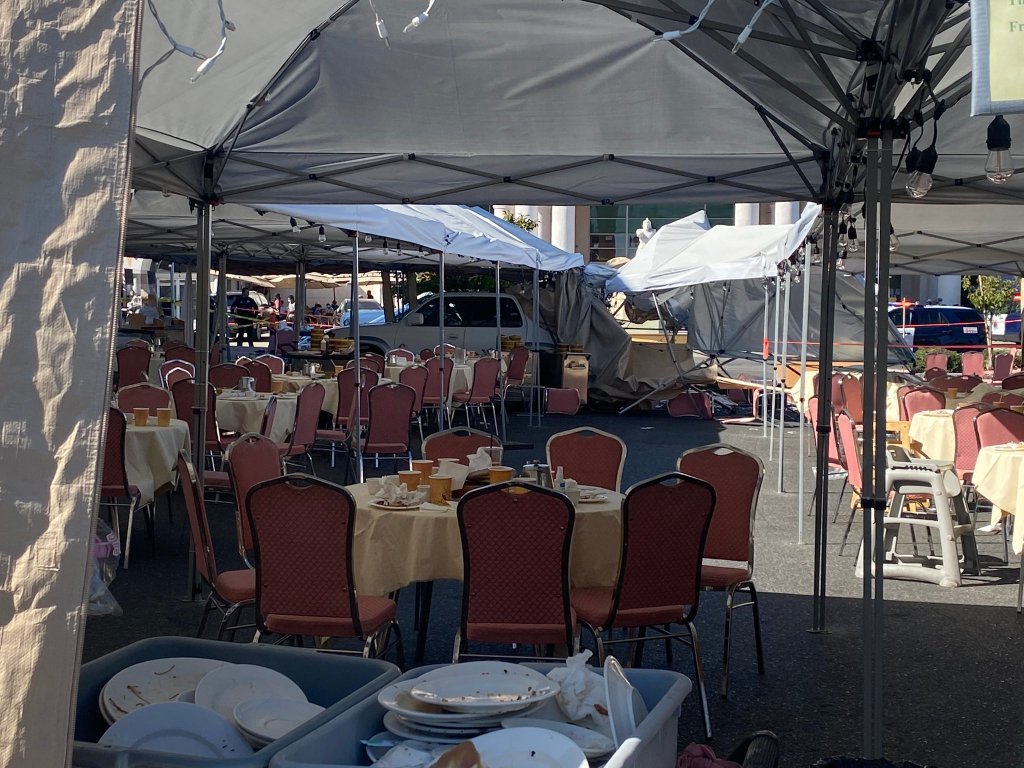 John Brown, 40 of San Mateo, was manning a political booth nearby when he saw the collision happen in front of him. Brown said a man driving a pickup truck went across the sidewalk and median and into the parking lot, where some two dozen people were in the outdoor dining area.

The crash was quickly followed by a chaotic flurry of people screaming and attempting to help those who were injured, Brown said, with some laying on the ground, motionless.

“The noise when (the truck) went through was like a huge grinding sound because of all the tables and everything caught underneath,” Brown said. “It was so fast a lot of people didn’t react at first. I saw them go in the ambulances. Everyone was very shocked.”

Officers said the elderly driver may have been in medical distress prior to the collision.

No other information was immediately available.

Check back for updates.

Preliminary investigation: an elderly male driver lost control of his vehicle and collided with an area being used for outdoor food service. The injuries range from major to minor on all the victims.

Man arrested after shooting at vehicle outside his house