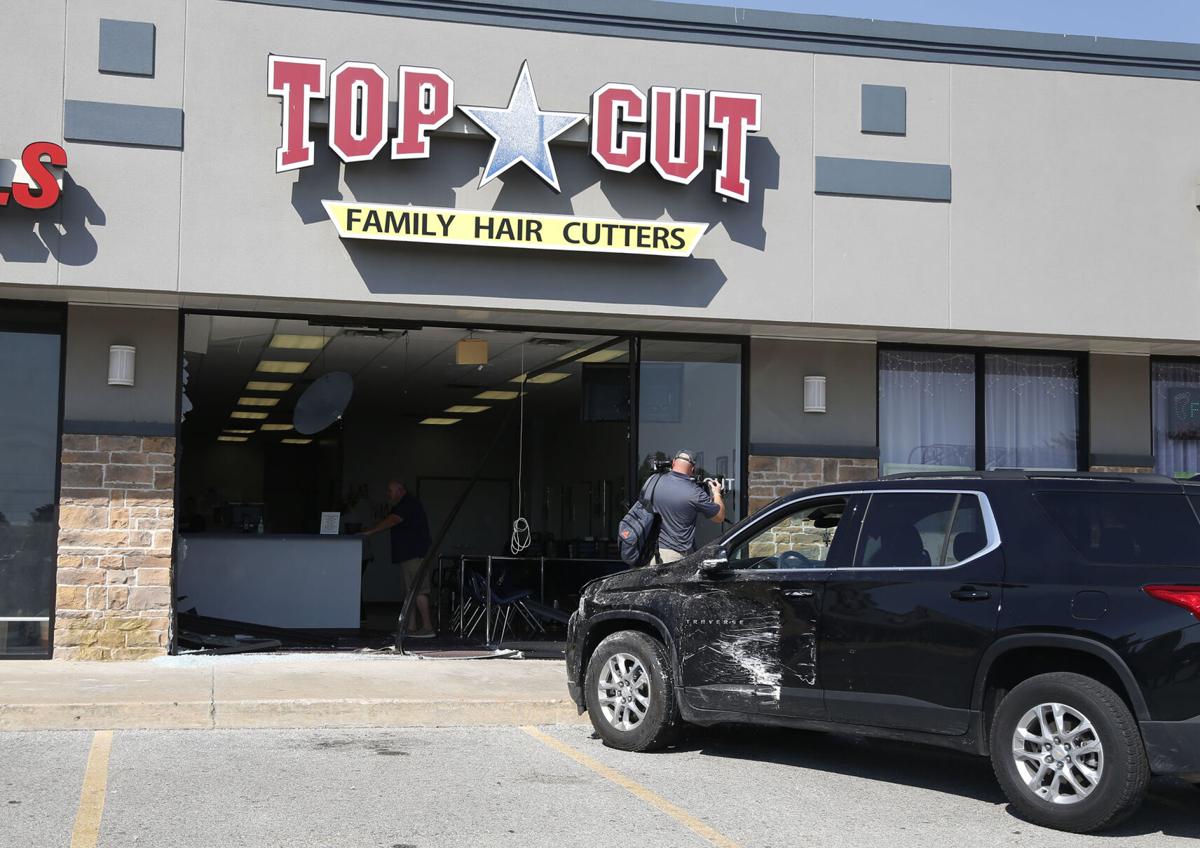 An SUV went through the front window at Top Cut Family Hair Cutters at 108th Street and Memorial Drive on Tuesday after the driver pressed the gas pedal instead of the brake. No injuries were reported. 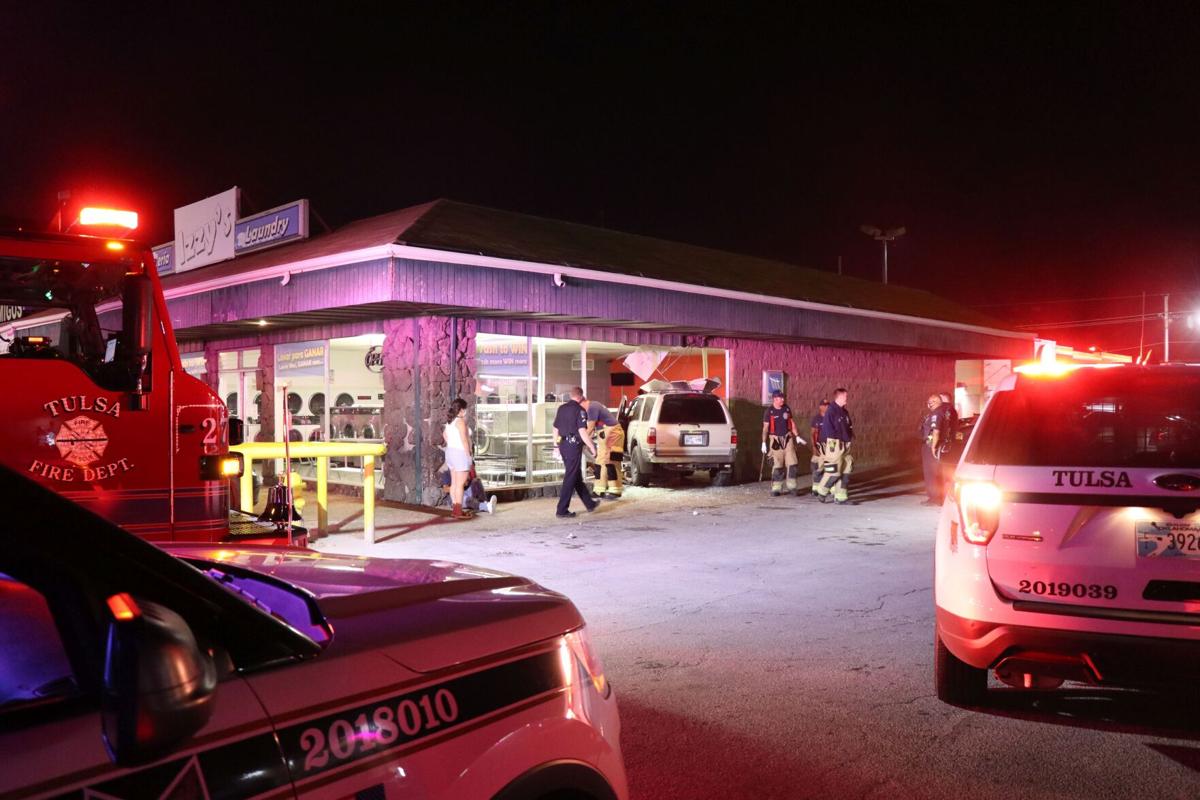 Tulsa police officers and firefighters respond after an SUV crashed into a laundromat at 21st Street and Garnett Road on Tuesday evening. No one was injured. 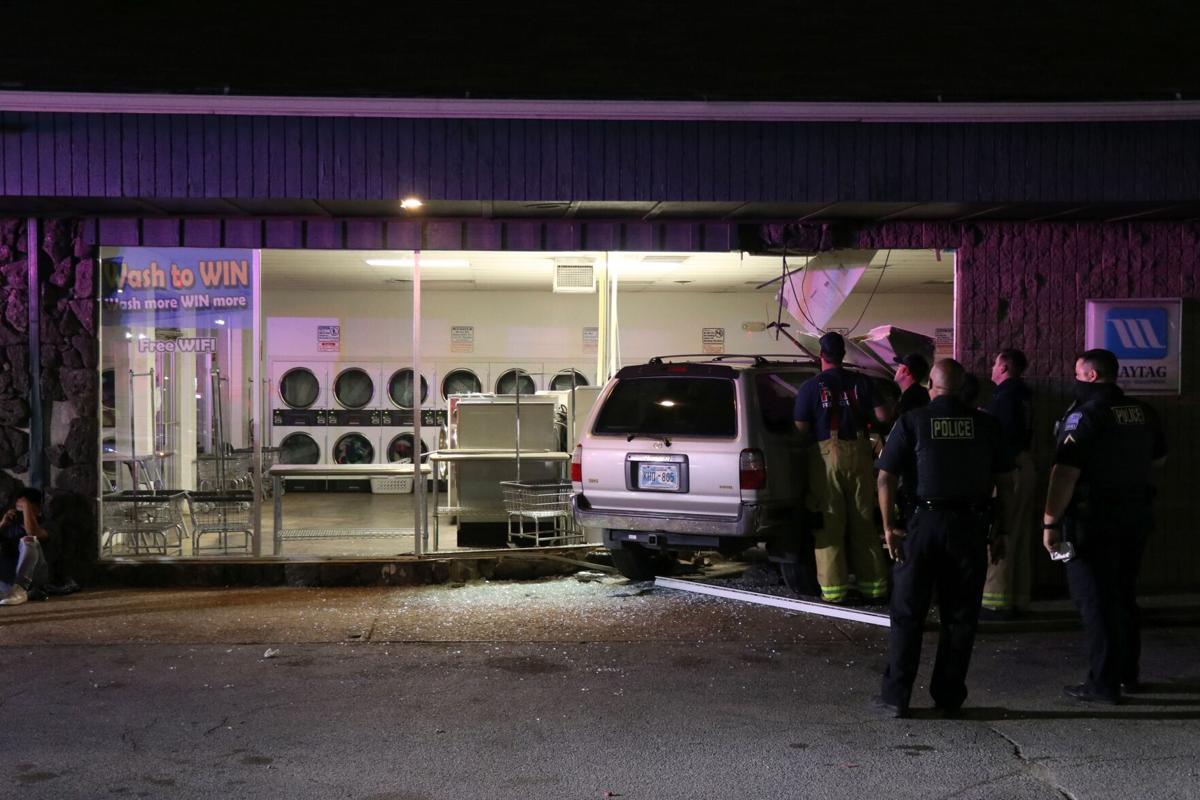 Police officers and firefighters look at the damage where an SUV crashed into a laundromat in east Tulsa on Tuesday evenung. Police said the driver was trying to park when an object in his car fell under his foot pedals. No one was injured, and police did not issue a citation.

An SUV with four people inside crashed through the front of the Top Cut Family Hair Cutters in the 10800 block of South Memorial Drive about 2:20 p.m., Tulsa Police Lt. Mark Watson said.

After breaking through the outer wall, it continued through an interior wall, coming to rest in the adjoining nail salon.

“Luckily, there was nobody inside the stores that was directly in (the SUV’s) path,” Watson said.

The driver told police she was parking and mistakenly hit the gas pedal instead of the brake, Watson said.

She was cited, and after firefighters assessed the building for structural damage, she drove the SUV from the scene.

Then, about 7:40 p.m., another SUV crashed into a laundromat near 21st Street and Garnett Road. Some large windows and a stone wall on the side of the building were shattered, but no one was injured, police said.

The driver told police an object in his vehicle fell under the foot pedals, either not allowing him to brake or causing him to press the gas pedal. No citation was issued at the scene, police said.