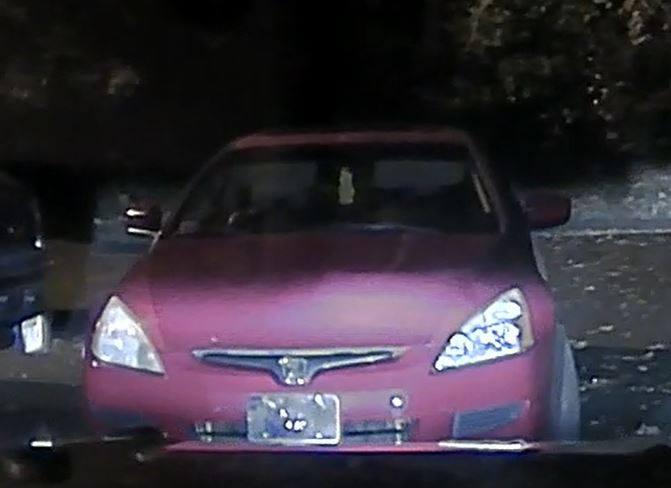 MANCHESTER — Police are looking for a man who they say fled from officers — sideswiping one of their cruisers — after breaking into vehicles early Thursday morning.

In a release, Lt. Ryan Shea said officers were called to Pine Street just before 5 a.m. Thursday for a report of a person burglarizing a motor vehicle.

When the suspect saw police, Shea said he jumped in a red Honda Accord and drove away, “sideswiping a Manchester Police vehicle in the process of fleeing.”

The vehicle has a rear spoiler, an air freshener hanging from the rearview mirror, and the front license plate “is believed to be a chrome decorative plate with a Honda logo,” Shea said. There may be damage to the front passenger side or black paint transferred in the collision, he said.