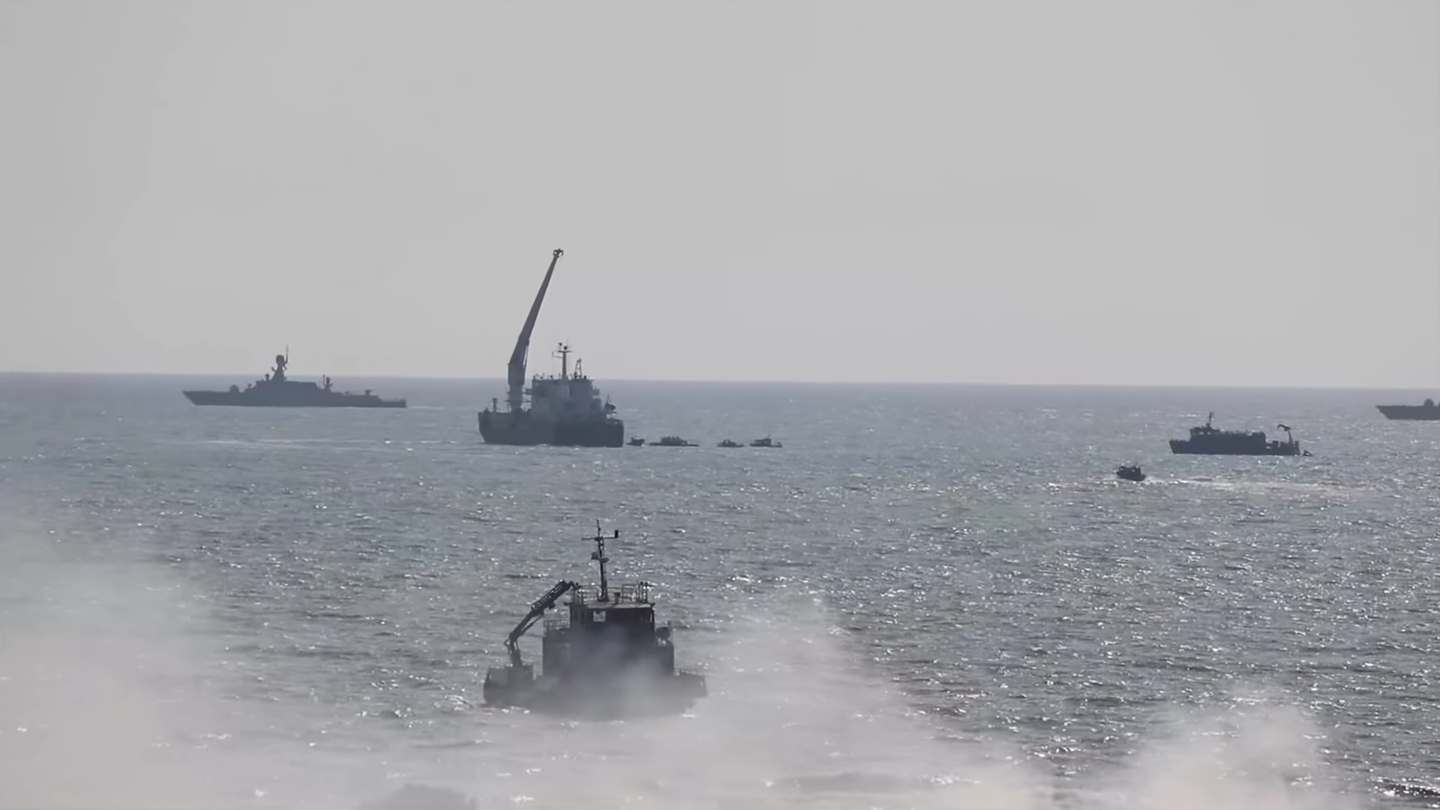 Well, here’s one way to get into the water. In an impressive new video, Russian Marines unload their armored personnel carriers (APC) into the Caspian Sea with a giant crane. The APCs then swim away under their own power, scooting through the waves and surf to capture a beachhead.

➡ You love badass military machines. So do we. Let’s nerd out over them together.

The procedure, which admittedly looks a little risky, was part of Russia’s Kavkaz-2020 military exercises, which wrapped up yesterday:

The video, uploaded to the Russian Ministry of Defence’s YouTube channel, shows Russian naval infantry (marines) of the 414th or 727th Naval Infantry Battalion storming a