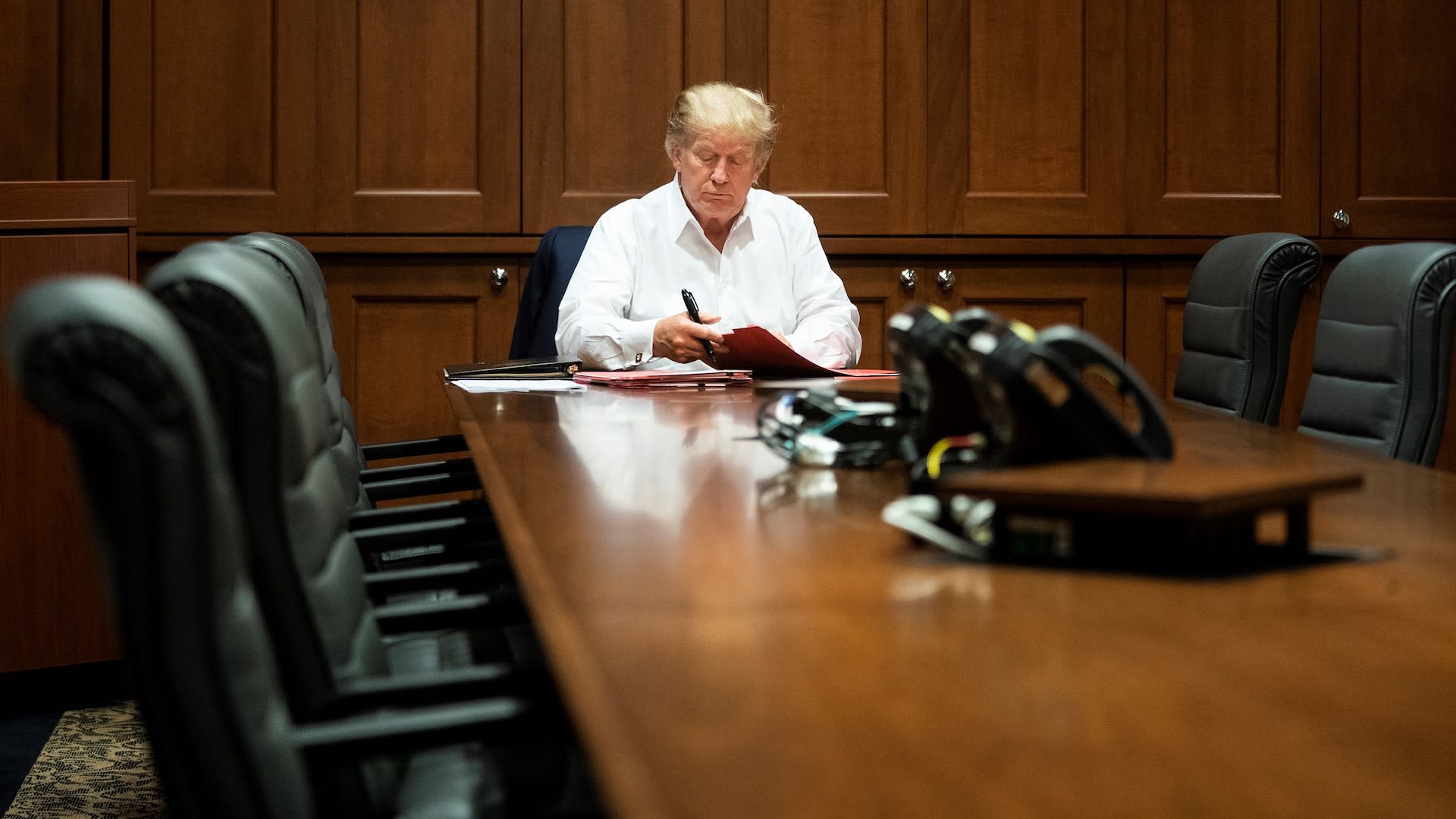 Donald Trump, who has been hospitalized at Walter Reed National Military Medical Center for COVID-19, decided it would be a good idea to go out on Sunday afternoon for a short car ride to greet his supporters.

Video shows a masked Trump inside an SUV waving and giving a thumbs up to people who gathered close to the hospital.

Trump has gotten in a car so he can wave to supporters outside Walter Reed. As you can see from footage, this meant multiple agents riding in a car with Trump while he carries the coronavirus pic.twitter.com/FIk4CtApnu

Explanation from the White House: “President Trump took a short, last-minute motorcade ride to wave to his supporters outside and has now returned to the Presidential Suite inside Walter Reed.” (@realDonaldTrump has COVID-19.)

The decision to go on a

Until a few weeks ago, life looked very good for Trevor Milton. His zero-emissions truck company, Nikola, went public in June and put the 38-year-old on the Forbes 400 Billionaires list with a net worth of $5.5 billion. In September, Nikola announced a deal with General Motors that came with a stock price surge and a hefty dose of credibility.


But then, short-seller Hindenburg Research published a lengthy report calling Nikola an “intricate fraud” and accusing Milton of “numerous lies.” A bit more than a week later, Milton resigned as Nikola’s executive chairman and abandoned his seat on its board.

The allegations against Milton aren’t all related to his company. On Monday, CNBC reported that an unnamed woman accused Milton of sexually assaulting her when he was 22 and she was