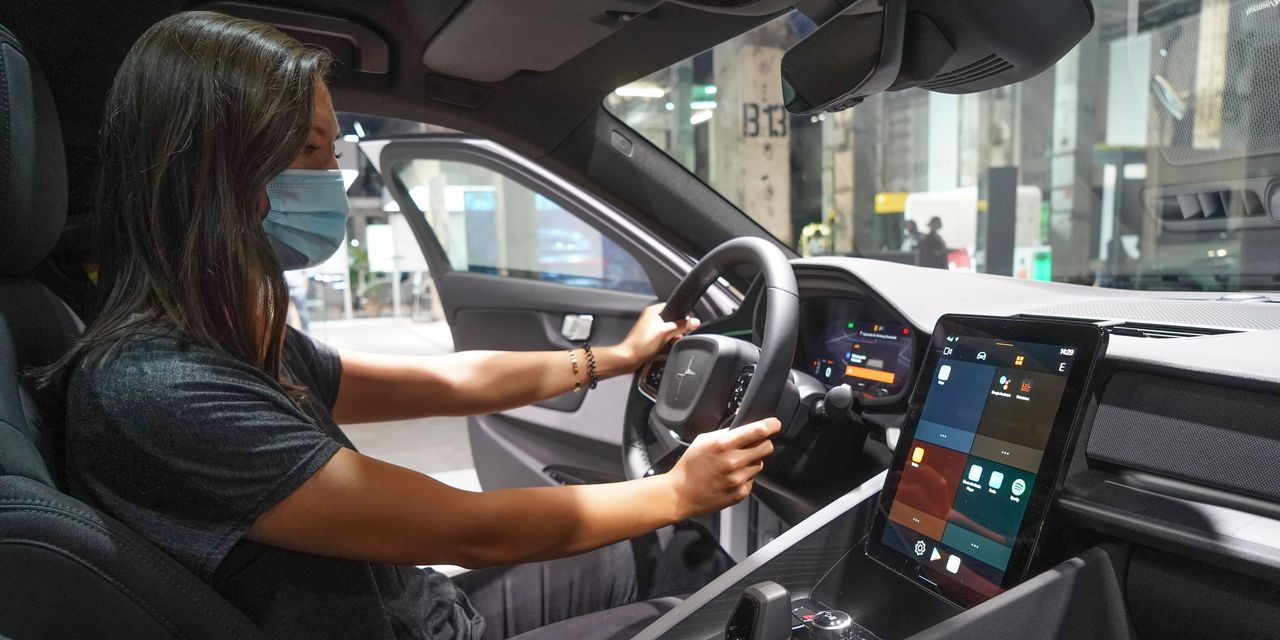 Having spent years—and tens of billions of dollars—preparing for a shift in production toward electric vehicles, German car makers are expressing a new angst: that digitally “connected cars” could prove even more disruptive to their traditional strengths. This second leg of their race against Tesla could become a fresh excuse to squander investors’ capital.

brand this week: electric drive and car software. For the latter, the company is working on an entire operating system, MB.OS, that from 2024 will run not just Mercedes’s proprietary infotainment system and its mobile broadband connection but also crucial elements of the driving experience, including self-driving features and battery management.

The company will partner with technology specialists for specific applications, notably

for automated driving. Yet the closer the software gets to the customer experience, the more Daimler wants to do in-house. The interface with the driver in particular “is not something that we would like to outsource to somebody else,” said Chief Executive Ola Källenius.

is on a similar road. At last week’s annual general meeting, Chief Executive Herbert Diess said replacing engines with electric batteries and motors would be simple to manage compared with the transformation of the car into a “fully networked mobility device.” He is tackling the challenge by investing heavily in coding: VW wants to increase the proportion of software written in-house to at least 60%, from 10% currently, at a cost of €7 billion, equivalent to $8.23 billion, by 2025.

The shadow haunting the German automotive industry is, of course, Tesla. Mr. Diess regularly spurs on his managers by invoking the U.S. company’s technological lead and astronomical market value. The starring role accorded to the infotainment screen in a Tesla seems to be a popular feature with the kind of tech-loving consumers who might otherwise buy an

One reason Daimler cited for focusing on software was the scope for using this kind of live digital connection with its customers to sell them services well after they have bought their Mercedes-Benz. Many manufacturers have talked of this potential, but Daimler was bold enough to pin a number on it: It hopes to make €1 billion in operating profit from digital services by 2025.

The software industry has been through a wrenching transition over the past decade from selling one-off packages to subscriptions for access to a constantly updated, cloud-hosted service. As more vehicles are connected to the internet, infotainment systems are likely next in line. One big unknown is what consumers will be prepared to pay for, and who will get it—vehicle manufacturers or software developers. Another is how deeply the infotainment system will end up being linked to driving controls.

For now, though, most car makers are more relaxed than Daimler and VW about ceding control of at least infotainment to the tech industry.

Volvo Cars, the Renault-Nissan-Mitsubishi alliance and

will likely follow) all are partnering to varying extents with Alphabet’s Google, which has developed a vehicle version of its smartphone operating system called Android Automotive.

“Our customers spend about one hour a day in their car and one hour a day away from their phone. Any car maker who tries to create an ecosystem around the car deserves to lose the customer,” says Martin Kristensson, head of digital business at Volvo Cars.

Volvo and others say partnering with Google makes sense because consumers already use and like its products. The glitchy reputation of auto makers’ existing vehicle infotainment systems adds weight to this argument. But partnering also is probably the cheaper option.

“There are a lot of economies of scale in software development. Auto makers who want to get more programmers and do the work themselves are generally underestimating the costs,” says Mark Wakefield, co-leader of the automotive and industrial practice at AlixPartners.

The insistence of Daimler and VW on building up software skills might therefore be another iteration of their historic bias toward over-investment. The vast expense of electric-vehicle development has forced both companies to get more serious about cutting fixed costs in recent years; Mercedes-Benz this week committed to a 20% reduction by 2025. Ominously, though, the company also is charging into yet another technological battleground.

Drivers and investors alike may end up preferring auto makers to focus on what they are best at: assembling cars.

Write to Stephen Wilmot at stephen.wilmot@wsj.com

The Use Of Acepromazine In Canine And Cats

Car Heater Not Working : Reasons Why and How To Fix It