More than half a year since the pandemic brought U.S. travel to a grinding halt, a significant number of would-be passengers still are avoiding airline, bus and rail travel to and from Maine.

Passenger counts on air and rail connections to the state, even during the busy summer season, have remained dramatically lower than a year ago. Meanwhile, traffic on state roads has largely rebounded after cratering this spring.

Until people feel safer venturing farther away from home than their personal vehicles can carry them, the travel industry will be in a slump, made tougher by the failure of the White House and Congress to pass new federal economic relief, he said.

The Amtrak Downeaster service between Brunswick and Boston is running eight of its usual 10 trains daily. Passengers have trickled back to the train and some work commuters and college students are returning, but volume is still minuscule compared to a normal year, said Patricia Quinn, executive director of the Northern New England Passenger Rail Authority.

Roughly 250 to 400 passengers have been taking the Downeaster each day, Quinn said. If not for the pandemic, it would normally be carrying about 1,800 daily passengers.

“We’re still at 17 percent of what we would have been pre-COVID,” Quinn said. “That is pretty consistent with other Amtrak routes nationally.”

The service received a portion of about $53 million provided to Maine transit agencies in April as part of the Federal CARES Act, enough to keep the Downeaster solvent through its June 2021 fiscal year, Quinn said. She suspects more federal aid will be forthcoming to keep the service going if passenger volumes stay low.

“We do expect to continue to operate, with a limited schedule, through most of the winter and continue to operate thorough the fiscal year,” Quinn said. “Additional aid packages will come along and people will start traveling again.”

The Portland International Jetport had a busier summer than some parts of the country, but only in relative terms. Over the busy Labor day weekend, passenger volumes were down 50 percent from the same weekend in 2019, a few points better than the national average, said Airport Director Paul Bradbury. It aligned with the national trend by the end of September, however, with passenger volume about 67 percent below where it was in March.

“We hit our worst day on April 14, when we were down 97 percent,” Bradbury said. “This really became quite the unimaginable circumstance.”

The recovery of air travel, in Maine and nationwide, resembles a Nike “swoosh” logo, he said – a sharp decline followed by a long, gradual recovery.

“(It is) a much slower recovery, but it is there, and we are working on many ways to reassure customers that it is safe,” Bradbury said.

The jetport appears to be in good financial shape for the upcoming year, thanks to a $12 million CARES Act payment this spring, Bradbury said. But there was an immediate and steep drop in the number of scheduled flights through Portland immediately after the federal airline payroll support program ended in September, triggering announcements of massive layoffs by major airlines, affecting tens of thousands of workers.

The actual number of flights is down dramatically, Bradbury said. In its June budget, the jetport projected passenger volumes would recover to about 50 percent of normal by spring next year, but Bradbury said it’s uncertain whether that target will be met.

“What keeps us up at night is the scenario that recovery post-vaccine takes significantly longer than we are all expecting,” he said.

Concord Coach Lines, which runs daily buses between Boston, Portland and parts of coastal and central Maine, restarted limited service in August after a four-month hiatus.

So far, ridership is 85 percent to 90 percent lower than it was in 2019, about where the company expected it to be at this point, said Concord Vice President Benjamin Blunt. Strict safety protocols have helped increase passenger confidence that public transportation can still be used safely, he said.

“We are optimistic about longer-term growth into 2021 and will be in a position to add more service as the economy, and travel specifically, rebounds,” Blunt said.

Dow, from the U.S. Travel Association, said he thinks the domestic travel situation will start to improve midway through next year, but international visits might take much longer. Learning that family and friends have taken a flight or a long trip safely will likely inspire confidence in potential travelers, he said.

Getting private companies to restart employee travel again is another critical factor to restoring the travel industry, Dow added.

But those changes won’t come overnight. Until then, employers and workers who depend on travel for a living need more federal financial help that has, so far, not been forthcoming, Dow said.

The White House and Congress “are truly being irresponsible with people’s lives,” he said. “Because of partisan bickering, you are going to let people go under. It makes no sense whatsoever.”

Please check your email to confirm and complete your registration.

Use the form below to reset your password. When you’ve submitted your account email, we will send an email with a reset code.

Transportation To And From The Airport 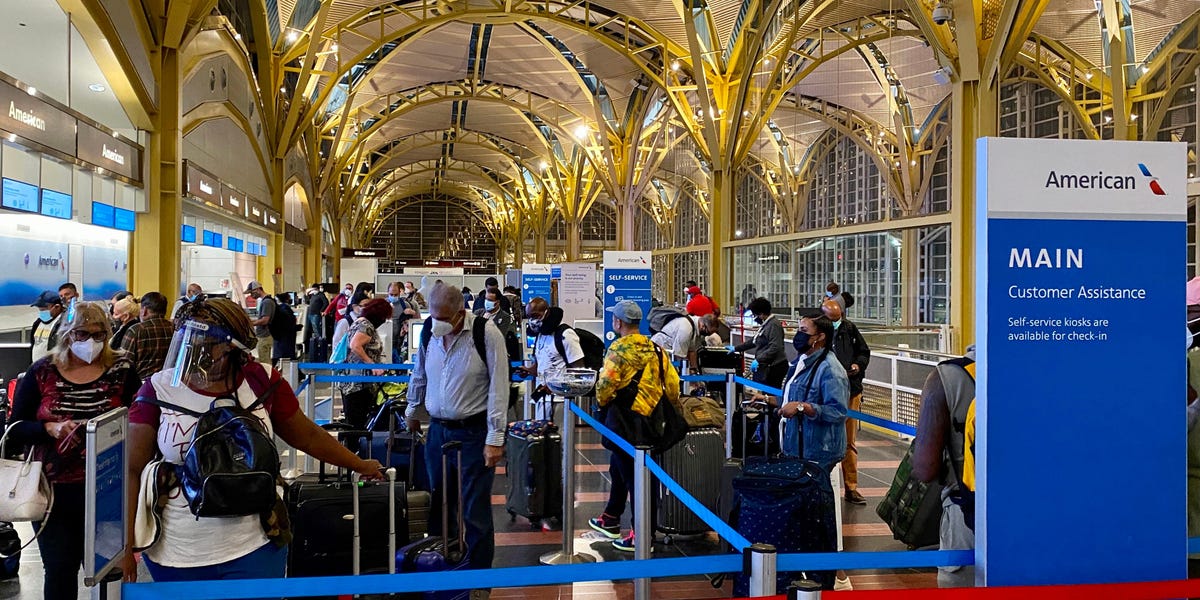