Car buyers never had an easy time finding a decent car loan if their credit wasn’t up to snuff. But lately, they’re needing more money for a down payment to get into that car and they’re staring at higher rates than many would expect.

© Susan Tompor, Detroit Free Press
The percentage of carbuyers trading in cars that are worth less than their loan balances reached a record 32% so far in 2016, according to Edmunds.com. People with those underwater loans will find it hard to obtain financing when they want to buy their next vehicle.


Lower income workers have been hit hard during the pandemic as they experience big layoffs at retailers or restaurants. And if they’ve held onto a job, many are clocking far fewer hours under capacity limits designed to halt the spread of the coronavirus.

Many struggling workers are the most likely to be hurt financially by the pandemic, economists say, and the least likely to be able to adjust quickly over time economically.

It doesn’t mean that subprime borrowers — those with credit scores in a range between 300 to 600 — can’t get a car loan.

Many, though, must jump through more hoops, as lenders become increasingly concerned about the economic prognosis for the months ahead.

“The loans they are being offered are less attractive and less workable,” said Jonathan Smoke, chief economist for Cox Automotive.

“The terms are shorter, the down payment requirements are larger, and the interest rates are higher, so combine those financial conditions with record high vehicle prices and you get a very unfavorable time to buy,” Smoke said.

In fact, Smoke said, loans to subprime borrowers are down the most of any credit category year to year.

Working from your bed?: You’re not alone. Mattress sales are soaring during the pandemic

Real estates: Home prices are held down by COVID-19 in big cities

Deep subprime loans — for borrowers with a 300 to 500 credit score — dropped below 3% of total loans in the second quarter, a record low since Experian began publishing the data in 2007.

If you’re struggling but need a car, it’s best to review your options — and look for how to save for a bigger down payment and rebuild your credit score, including paying off some debt on any heavily used credit cards. Make sure you pay your bills on time to help boost your credit score too.

Experian Boost, for example, will allow you to sign up for a program where your Netflix account, phone and utility payments can count toward some limited FICO credit scores. Boost reports only positive payments. See www.experian.com/boost. Not all lenders use the same credit information affected by Experian Boost, however.

Whatever your credit score, it pays to check your credit report at www.annualcreditreport.com to try to clear up any mistakes or issues before you shop for a car loan.

You can get free weekly online credit reports now through April 2021, as part of the financial breaks relating to the COVID-19 crisis.

Some credit unions and others run special programs for credit-challenged consumers, so it can pay to shop around.

The strategy is to help people maintain a job, as many lower-income workers have trouble getting to and from work in metro Detroit without a car.

“It’s a necessity. You need a vehicle to get to work. You need mobility,” said Joumana Mcdad, chief strategy and innovation officer for One Detroit Credit Union.

The credit union has a program for first-time car buyers that offers rates of 8.99% on a car loan regardless of credit score.

The rate can drop to 7.99% for a student with a grade point average of 3.5 or higher — or if the borrower has completed working with a “Life Coach” through the United Way Center for Working Families partnership.

The loan requires a $500 deposit to be held until 12 consecutive payments have been made. Once that requirement is met, the deposit is transferred to a savings account in the member’s name.

The borrower must be employed for 90 days to assist in the underwriting process. No cosigner is required on the loan.

While 8% or 9% for a car loan rate doesn’t sound like a deal when carmakers heavily advertised some 0% deals a few months ago, it is a bargain for subprime borrowers.

Mcdad said some car loans can be 17% or higher when someone has a low credit score or a limited credit history. Some predatory car lending at “Buy here, pay here” used car lots can be in the 25% range, she said.

The credit union launched the program in July 2019 and partnered with the United Way Center for Working Families.

“It wasn’t about making money,” Mcdad said. “It was more about the need in the community.”

She noted that most auto loan borrowers have a steady income and will make their car payments. But first-time buyers often get saddled with an unaffordable interest rate or end up being denied credit altogether.

The average car loan for the credit union’s program is around $13,000 with monthly payments around $240.

The average credit score in the program is 545 and in the subprime camp. Detroit’s average FICO score is 613, as of the first quarter of 2020, which is among the lowest for large cities in the U.S., according to Experian.

Finding the lowest interest rate possible is essential if you have really bad credit.

Someone who has a car loan rate in the 20% range is going to be badly underwater if they need to sell that car in several years. Their monthly payments would mostly be interest and they wouldn’t be building any equity in the vehicle.

“It really is a horrific cycle,” Mcdad said.

How do you steer clear of trouble?

One way to avoid being underwater on a car loan is to consider how much money you really have for a down payment.

If you put only 10% cash down on a car — and you have no trade-in value to add to the mix — you’re barely covering the taxes, title and other fees, according to Melinda Zabritski, senior director of automotive financial solutions for Experian.

You could be closer to borrowing 100% of the value of the car or truck than you realize.

She said the interest rate on a car loan is typically higher if a consumer is borrowing a good deal of money on a low-priced car or ends up with what’s known as a higher loan-to-value ratio.

Extending the length of a loan — as is popular to do today — can help you find a more affordable monthly payment, Zabritski said.

But you’re at a greater risk of owing more on the car loan than what the car is worth when you need to buy another car or truck down the line.

The average term for a new car was 71.54 months in the second quarter of 2020 — up from 67.97 for the same quarter five years ago, according to Experian’s data.

Even someone with good credit might not build any equity in the car for roughly three years if they’ve taken out a six-year car loan, depending on the popularity of the make and model.

Don’t only dwell on the monthly payment. Review the interest rate you’re being charged.

All the low rates being talked about today do not apply to everyone.

Let’s take a glimpse at some used car loan data. The average rate paid by risky borrowers who fall into the deep subprime category was 20.93%  for a 72-month used car loan taken out in the second quarter of 2020, according to Experian’s data. It has risen slightly from the average 20.31% for used cars for the same time a year ago.

By contrast, the average rate paid for a used car loan fell in the past year for borrowers with excellent credit scores. Borrowers in the super prime category saw average rates of 4% for 72-month used car loans taken out in the second quarter of 2020, according to Experian. The average fell significantly from 4.88% for the same time a year ago.

Subprime borrowers may not be locked out of car loans, but they’re not getting the deals that many other car borrowers are seeing in 2020.

Banks and credit unions aren’t offering 0% rates but some manufacturers continue to offer a few here and there to those with great credit on select models. In general, many 0% deals now are targeted to move older models, including some 2019 models, according to Cox Automotive. It’s a very different landscape from April when 0% blanketed much of the industry. Now, it’s rare to see 0% for 84-month car loans.

General Motors, for example, is offering 0% APR financing for 60 months on the 2020 Cadillac XT4, XT5 and XT6. Ford Motor has a 0% for 60 months on 2020 Fusion (gas), Escape (gas), Edge, Explorer and Expedition, with $1,000 trade assistance cash on the SUVs listed. Incentives vary by region and vehicle.

The average rate for a four-year used car loan is 4.96% — down from 5.33% at the beginning of the year, according to Bankrate.com.

The fact that subprime lending was down in the second quarter shouldn’t be too surprising, given the pandemic.

“Between stay-at-home orders and fluctuating financial situations, the reality is that subprime consumers may not be in-market for a vehicle right now,” Zabritski wrote in a blog.

“The situation continues to be dynamic, which is something that lenders and dealers need to keep in mind and define strategies accordingly.”

Back in 2014, car sales were fueled by a big increase in lending to risky borrowers, so much so that federal banking regulators raised concerns about that surge. Making too many subprime loans can drive up the risk that a financial institution is lending to borrowers who cannot afford to keep up car payments — driving up defaults and harming consumers, as well as banks.

The stronger economy in recent years — before COVID-19 hit — could have meant that fewer auto buyers might fall into the subprime tiers, given an emphasis on improving one’s credit and a stronger jobs picture in recent years, Zabritski said.

And the economic fallout from fighting the coronavirus may mean that fewer households with low scores could have been shopping for cars, she said.

As for the forecast, the unemployment picture will clearly influence what’s available to borrowers with lower credit scores in 2021.

This article originally appeared on Detroit Free Press: What it takes for risky borrowers to get a car loan

three Methods To Use Carwax In The Rest room 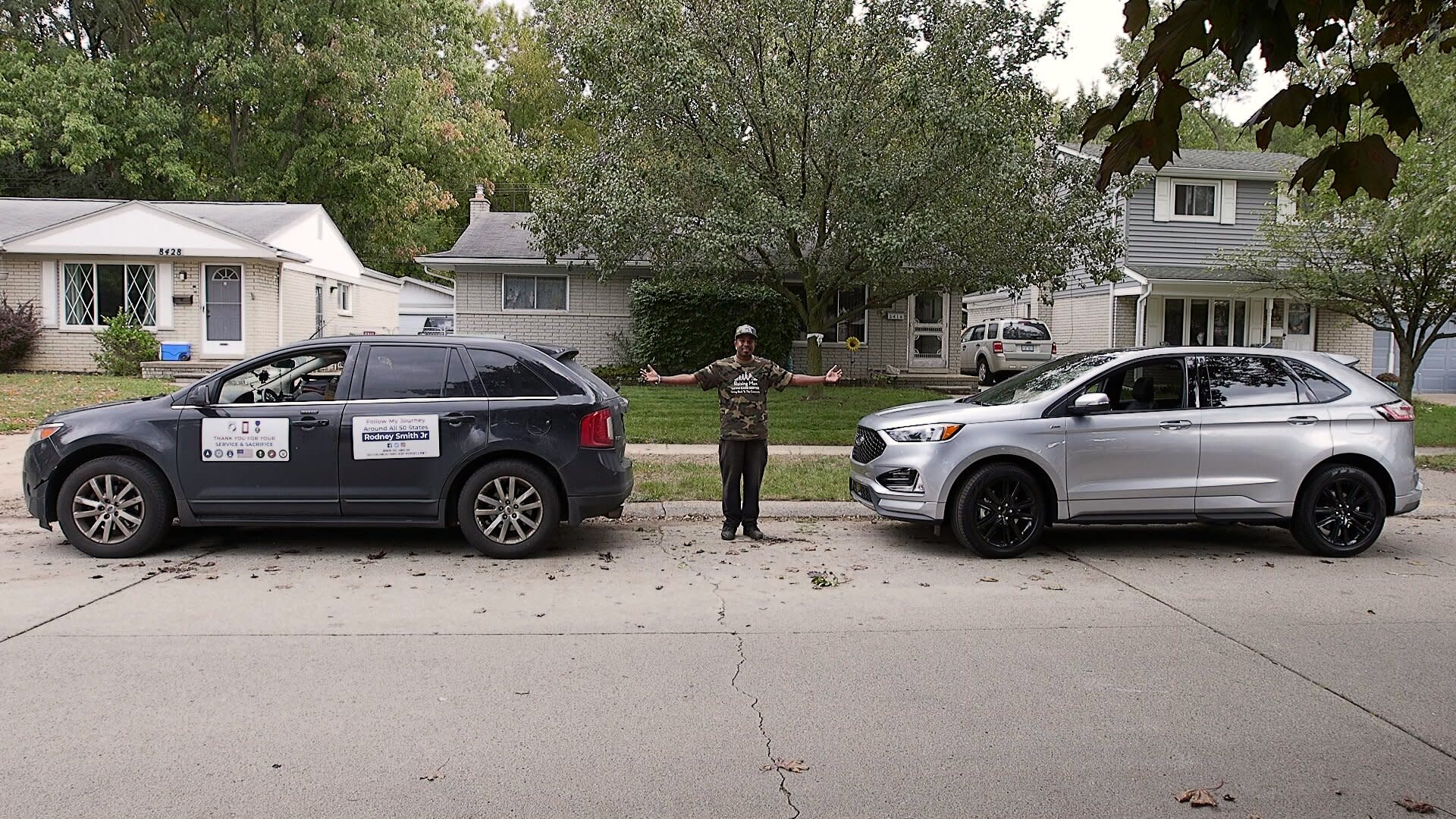 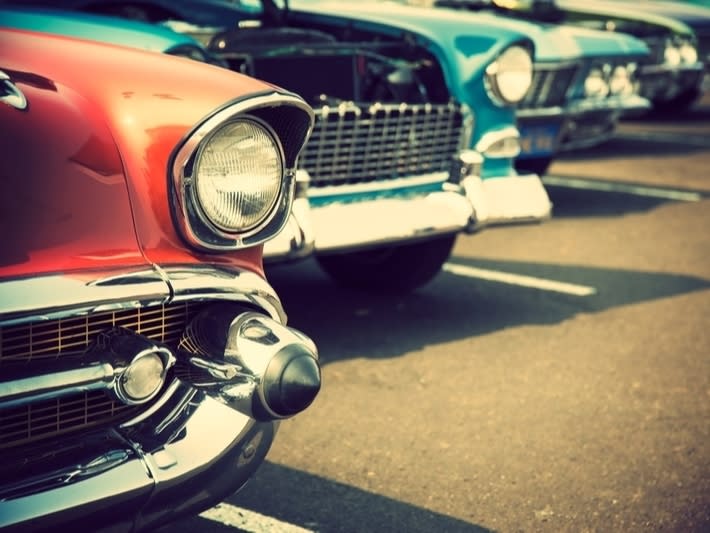